To Study Interaction and Interfaces: An Approach and Some Findings

It is hard to deny that our artifacts and environments are becoming more and more complex, more and more “alive,” and as a consequence more and more demanding. We have to interact more. There seems to be no retreat or escape from interactivity. Some well-informed critics worry that the proliferation of interactions and interactive things has already gone too far. Their concerns raise many questions. Does interactivity in fact increase? How can we know? What does it really mean to claim that it does? And if indeed it is increasing, what does it mean? And why is this happening? And should something be done? Despite this development there seems to be no precise idea of what interaction is and what being interactive means, beyond a vague notion that it is some kind of interplay, usually optimistically understood as good-natured cooperation.

In this talk I will present the work I have, together with my colleague Lars-Erik Janlert, done for many years. As our approach, maybe best described as analytical and philosophical, we have examined properties and qualities of designed artifacts and systems; primarily those properties that are open for manipulation to designers, that is, properties that designers can and do intentionally affect by their design decisions (and thus in principle are possible to control). Rather than taking users and their subjective experiences of the artifacts and systems as the primary target for examination, unfashionable as it may be, we have chosen to be objective in the sense of focusing on the artifacts and systems. Apart from discussing our approach, I will briefly introduce some of our main results consisting of some developed definitions of existing (and some new) concepts, such as, interactivity, interactability, interactiveness. I will end with some comments on what this kind of investigation can tell us about the future by introducing the notions of faceless interaction, interactivity clutter, and interactivity fields.

Bio: Erik Stolterman is Professor of Informatics and Chair of Informatics at the School of Informatics and Computing, Indiana University, Bloomington. He is also professor at the Institute of Design at Umeå University. Stolterman is co-Editor-in-Chief for the ACM Interactions magazine and Editor for the Design Thinking/Design Theory book series by MIT Press, and on several editorial boards for international journals. Stolterman’s main work is within interaction design, philosophy and theory of design, information technology and society, information systems design, and philosophy of technology. Stolterman has published a large number of articles and five books, including “Thoughtful Interaction Design” (MIT Press) and “The Design Way” (MIT Press). 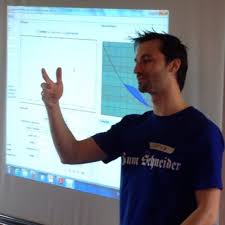 In this talk I will present the work of the citizen science platform, www.scienceathome.org, which through online games enables ordinary citizens to assist in solving research challenges in fields like quantum physics, chemistry, engineering, psychology, economics, and cognitive science. The games have been played by more than 150,000 people and results from the flagship game, Quantum Moves, have demonstrated that players exhibit superior problem solving abilities compared to state-of-the-art computer algorithms.

A unique feature of online computer games is the fact that they allow us to change the rules of the universe to make the impossible suddenly manageable. In games, players are at first puzzled by the strange rules of the games, but then gradually get accustomed to them and incorporate them into their preexisting intuition. This specially evolved “in-game intuition” can be extremely powerful as a tool for human problem solving. However, it only appears through careful design of the user experience.

We believe that the mechanism behind the player success is the human ability to rapidly form an intuition for novel challenges and turn this into heuristic strategies. In an interdisciplinary team of physicists, social, cognitive, and computer scientists we study systematically these processes of strategy formation and look for correlations with personal cognitive and physiological traits. The aim is to develop a more complete understanding of the complex processes of human problem solving. This has two potential implications: we learn more about what it means to be human and we might be able to develop novel paradigms of artificial intelligence utilizing smart use of little data rather than pattern recognition in Big Data.

BIO: Jacob is an experimental physicist and founded the ScienceAtHome project to get better performance out of his quantum computer experiment in the basements of Aarhus University. He quickly developed a passion to help allow researchers in all other fields to reap the benefits of the citizen science revolution. ScienceAtHome is a diverse team of scientists, game developers, designers and visual artists based at Aarhus University, Denmark. They create fun scientific games that produce real research results through play. Jacobs efforts have recently been published in Nature, and you can read more about this game-changing work here: https://www.scienceathome.org/

Many people think of the world as being divided in two groups. It is not. Media shows people in other countries as being strange and hard to understand. They are not. All people are fully occupied trying to meet the universal human needs we all know personally. Dollar Street is the tool Anna Rosling Rönnlund will present that makes this obvious. It’s the biggest systematic image bank with representative home documentations based on data. At the moment we have almost 30 000 photos and 10 000 video clips. All material is free under Creative Common license. 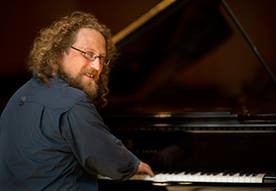 Composer, Improviser, Professor in Applied IT/Computer-Aided Creativity at Chalmers University of Technology, and Obel Professor of Art and Technology at Aalborg University. His research has since 1999 been focused on creative applications of evolutionary computation to composition, improvisation and sound design, later zooming out to study aesthetic implications of such generative algorithms, and computational models of artistic creative process. In 2012, Dahlstedt was elected member of the Young Academy of Sweden. Examples of Palles music performances can be seen here

Registration
Did you know that food, drinks and fun for 3 evenings is included in the conference registration?

Tutorials
We have 6 great Tutorials in the pre-conference program. See more HERE